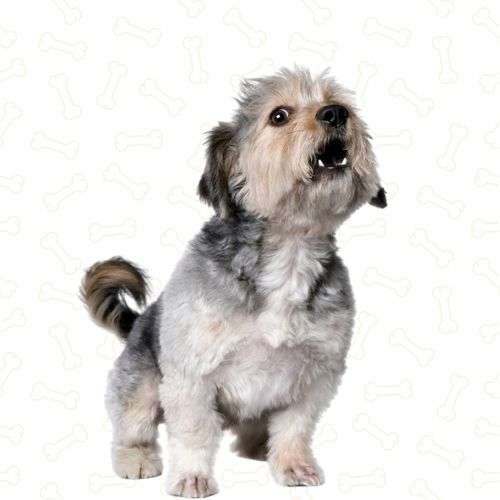 In this article, we look at both types of bark collar and find out whether they work for whining and barking.

Electric bark collars attach to your dogs neck and use a sensor to detect when your dog’s vocal chords vibrate in a way that suggests they are barking.

When the sensor detects barking, the bark collar delivers a painful electric shock to the dog.

Whatever the reason you may be considering a bark collar, at Dogtelligent, we believe that delivering painful electric shocks of up to 6000 volts is clearly cruel and we strongly advise against using electric bark or shock collars under any circumstances.

Why Electric Bark Collars Don’t Work (for whining or anything else!)

In addition to electric bark collars being cruel and painful, they also don’t even work!

Studies like this one have proven that electric bark collars do not work and that other much kinder methods are far more effective. This is because bark collars don’t get to the root cause of the problem and don’t send a clear message to your dog.

Dogs probably won’t make the connection between the electric shock and their barking, so the pain from the collar will simply leave them confused.

And because your dog won’t connect their barking to the pain caused by the bark collar, the so-called ‘training’ won’t teach them anything.

So – whether you want your dog to stop whining or barking – electric bark collars are cruel, ineffective, and should be avoided by all responsible dog owners.

Instead of detecting barking through a vocal chord sensor and delivering an electric shock, citronella bark collars use a microphone to detect when your dog is barking and then spray a cloud of smelly citronella into the air.

An advantage of citronella bark collars is that – because they use a microphone, rather than a vibration sensor – the collar may be triggered by whining and crying as well as barking.

Citronella collars are a type of spray collar. Other types of spray collar are also available and work the same way, but spray water or lemon juice instead.

Studies into the effectiveness of citronella bark collars have produced mixed results, suggesting that citronella collars do work in some cases, but are not always effective with every dog.

This study found that the spray collar “was effective for three of the seven dogs, with vocalisation completely eliminated for two dogs, and reduced for one.”

One downside of citronella collars that reduces their effectiveness is that the microphone can be accidentally triggered by other nearby dogs and spray when it shouldn’t.

Another common problem is the collar running out of citronella (or whatever substance it is designed to spray). If this happens, the dog will bark or whine without anything happening and any progress they have made could quickly be lost.

After all, wouldn’t you prefer a bad smell to an electric shock?!

However, that’s not to say that there aren’t concerns about citronella collars too.

The study linked to above concluded:

“Dog owners may perceive citronella collars as more humane than shock collars… [but] using any level of punishment via an anti-bark collar to reduce the vocalizations of dogs is ethically concerning, particularly when the problem behaviour occurs in the owner’s absence, as there is no one present to ensure that the collar is not causing undue suffering.”